South Africa: 57 rhinos killed by poachers so far in 2013 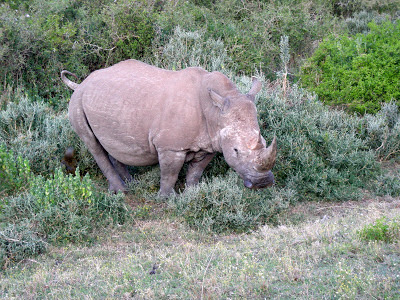 The Department of Environmental Affairs (DEA) has urged members of the public to report incidents of rhino poaching or any tip-offs that could lead to arrests and prevention of illegal killings to 0800 205 005.
Posted by Seb at 1:31 PM