update (22 Aug 2014): Zambia has lifted a ban on hunting for species other than wild cats.The suspension of cat hunting remains in force until a survey to ascertain their numbers is complete.

update (11 Jan 2013): According to a report in the Zambia Daily Mail, Zambia's Tourism and Arts Minister Sylvia Masebo extended the ban on hunting from lions and other big cats to all wildlife in Zambian game reserves and parks. The newspaper is quoting the minister saying: "This move is aimed at ensuring that we restock our fast-depleting game life and conduct a census of what we have and what we do not have".

Zambia's government has banned the hunting of lions and leopards. According to country's tourism minister, Sylvia Masebo, Zambia is seeing more value in game viewing tourism than in trophy hunting, which (only) brought in about $3m in 2012. The minister also pointed out that the population of big cats in Zambia is currently way to low to have a sustainable hunting industry. The country is home to approx. 4,500 lions and an unknown number of leopards. 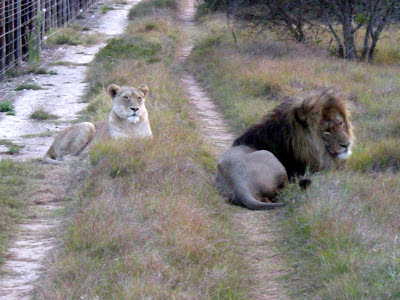 Zambia's neighbor Botswana recently decided to ban all trophy hunting from 2014, while Kenya  halted hunting for sport already decades ago.
Posted by Seb at 5:04 PM