Pan-African low cost airline Fastjet has suspended its services between Julius Nyerere International Airport (DAR) in Dar es Salaam in Tanzania and Lilongwe International Airport (LLW) in Lilongwe in Malawi with with immediate effect. According to the airline, the major reason for withdrawing from Malawi is the depreciation of the Malawian currency (kwacha) and the unwillingness of Malawi's government to grant Fastjet an 8th freedom cabotage traffic right for flights between Lilongwe and Blantyre despite earlier assurances they would be granted.


online flight booking on TravelComments.com >>
Posted by Seb at 1:35 PM No comments:

Ethiopia's flag carrier, Ethiopian Airlines, has announced plans to launch flights to New York City (USA) by the end of June 2016. Flights between Addis Ababa Bole International Airport (ADD) in Addis Ababa and  New York's John F. Kennedy International Airport (JFK) will depart Tuesday, Thursday and Sunday mornings, and will return from New York to Addis Ababa the same evening.  Flights will make an intermediate stop in Lomé (Togo), home base for Ethiopian Airlines' partner ASKY Airlines, in both directions. Ethiopian Airlines will be deploying the Boeing 787 Dreamliner, which is configured with 24 business class and 246 economy seats, all of which are equipped with on-demand video monitors featuring a variety of entertainment options.

online flight booking on TravelComments.com >>
Posted by Seb at 11:24 AM No comments:

update (01 August 2017): According to the "Times of Swaziland", the official successor to Royal Swazi National Airlines, Swazi Airways, has officially closed down and retrenched 23 employees.

update (17 May 2016): According to a Project Status Report of Swazi Airways that was presented to the Portfolio Committee of Swaziland's Ministry of Public Works and Transport in April 2016, the airline is expected to make it's maiden flight in July 2016.

update (25 Feb 2016): Swaziland's new state-owned airline, Swazi Airways, has finally received its long awaited Boeing 737 aircraft and has presented to the Swaziland Civil Aviation Authority (SWACAA) on 24 Feb 2016. The aircraft is now getting checked for safety purposes and to determine its airworthiness. We'll keep you posted!

update (10 Feb 2016): The maiden flight of Swaziland's new state-owned airline, Swazi Airways, to Durban's King Shaka International Airport (DBN) has been canceled because the airline has no permit yet.


online flight booking on TravelComments.com >>
Posted by Seb at 1:28 PM No comments: 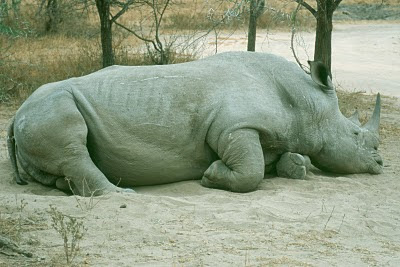 According to a new census of the rhino population conducted by South African National Parks (SANParks) in 2015, Kruger National Park is home to between approximately 8 400 to 9 300 white rhinos.
Posted by Seb at 7:44 AM No comments:


online flight booking on TravelComments.com >>
Posted by Seb at 11:22 AM No comments:

Emirates to increase capacity to Zambia and Zimbabwe!

The largest airline in the Middle East, Emirates, is set to increase capacity on its daily Dubai - Lusaka - Harare route. Starting 01 Feb 2016, the airline will be operating its flights to Zambia and Zimbabwe on board a larger Boeing 777-300ER aircraft. The aicraft will replace the current Airbus A340-300 and offer an additional 97 Economy Class seats per flight. The Boeing 777-300ER aircraft will have eight private suites in First Class, 42 lie-flat seats in Business Class and 310 spacious seats in Economy Class.

online flight booking on TravelComments.com >>
Posted by Seb at 5:17 PM No comments:

update (28 Jan 2016): Pan-African low-cost airline Fastjet has delayed the launch date (03 Feb 2016) of its new service between OR Tambo International Airport (JNB) in Johannesburg and Victoria Falls International Airport (VFA) in Victoria Falls to ensure that flying times and the flight frequencies are customer-centric. Once Fastjet  has engaged with the tourism industry regarding the optimal flight frequencies and times, schelduled flights will be confirmed. We'll keep you posted!


online flight booking on TravelComments.com >>
Posted by Seb at 10:48 AM No comments:

Hostelworld.com, the world's leading hostel-focused online booking platform, has announced the winners of the 2016 HOSCARS (Hostelworld.com Customer Annual Ratings). Now in their 14th year, the HOSCARS are known to be the world's most prestigious hostel awards, recognizing the top hostels around the globe as voted for by the Hostelworld.com users. Congrats!

Best Hostel by country - The top hostel in each country in Southern & East Africa who received the highest ratings on Hostelworld.com in 2015:

update (22 Jan 2016): The Kogelberg Nature Reserve has been reopened to the public. The reopening includes all accommodation, the Palmiet trail and the Oudebosch trails. The Kogelberg trail and Mountain Bike trail remain closed!

The Kogelberg Nature Reserve, located along the mountainous coast on the eastern edge of Cape Town, has been closed until further notice due to a fire that broke out in the Overberg region on 16 January 2016. There is no current threat to the reserve or to the accommodation in the Kogelberg Nature Reserve - however there is a great deal of smoke in the area, and the decision has been made by Cape Nature to close for the safety of the public.

Kenya's president Uhuru Muigai Kenyatta has unveiled an incentive package to revitalise the tourism industry in Kenya at the opening of the English Point Marina in Mombasa, the first luxury yachting marina in Kenya.

The capital of Uganda, the city of Kampala, as well as Entebbe, located about 35km southwest of Kampala and the location of Uganda's largest commercial airport, Entebbe International Airport (EBB), are now (since Oct. 2015) live on Google Street View!

According to the Lowveld Rhino Trust (LRT), a conservation organization operating primarily in the South-East Lowveld of Zimbabwe, at least 50 rhinos got killed by poachers in Zimbabwe in 2015. Out of the 50 rhinos poached, 42 were black rhino. The majority of losses were suffered in conservancies in the Lowveld, located in the south of Zimbabwe. 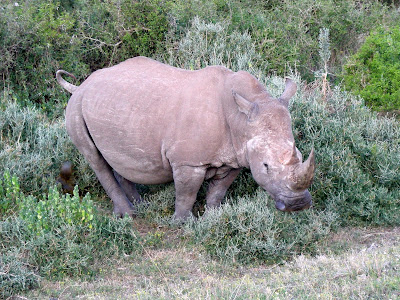 The rhino population in the Lowveld is regarded  by the International Union for Conservation of Nature (IUCN) as the only one in Zimbabwe being genetically and demographically viable. Zimbabwe only lost around 20 rhino to poachers in 2014.
Posted by Seb at 5:05 PM No comments:

Zimbabwe/Zambia: KAZA univisa has been reinstated!

The KAZA univisa has been reinstated. According to Zimbabwe's Minister of Tourism Dr Walter Mzembi, the visa, which allows visitors from 40 countries to travel between Zimbabwe and Zambia using the same document, was put on hold at the end of December 2015 due to Zambia running out of the required stamps. With the reinstatement, the KAZA univisa moves from pilot stage one to stage two, so that Namibia, Botswana and Angola are also now included (see video at 0:47/2:33).

To give you an idea on the supermarket prices in South Africa, we have set up a list of what we think are the most typical items travellers usually buy. It hopefully helps planning your holidays in South Africa. Safe travels! [exchange rates in the daily news update] 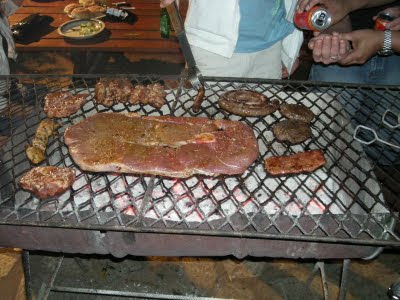 The list above is probably missing some items. Let us know what you think is missing & we will add it!
Posted by Seb at 6:33 PM No comments:

Kenya: 50 live broadcasts from the Maasai Mara and Watamu over 11 days!

update (19 Jan 2016): For all the video footage and pictures of #KenyaLive (including a video of the world's first live Periscope broadcast from the back of a sea turtle), visit http://www.discoverafrica.com/kenyalive!

Make It Kenya, a newly launched international campaign brand for Kenya, has teamed up with HerdTracker, a web-app which plots the precise location of the great wildebeest migration in real time to a Google map, to showcase Kenya's stunning wildlife with two world firsts in a series of live web broadcasts using a combination of the most innovative filming technology and Twitter's Periscope app. The #KenyaLive campaign enables people to witness the excitement of a night safari in the Maasai Mara - as well as Kenya's coastal underwater treasures - as the action happens in real time. To follow the live broadcasts, download the Periscope app (IOS - Android) and follow HerdTracker's channel from 07 - 18 January 2016.

07 - 13 January 2016 | Mara Conservancy Lion Interaction
The first of the live broadcasts will offer an unprecedented view of the lions in the Olare Motorogi Conservancy and the Naboisho Conservancy of the Maasai Mara, and what the conservancies have to offer: off-road game drives, fly camping, night game drive safaris as well as walking safaris. Viewers will be treated to a  series of live night broadcasts - the very first of their kind!


08 - 14 January 2016 | Local Ocean Trust, Watamu
The team will be in the coastal town of Watamu to host live broadcasts of the Local Ocean Trust project, including the world's first live underwater broadcasts. The project rescues sea turtles accidentally caught in fishing nets as bycatch before sending them back into their natural habitat. One very special broadcast will even involve live footage captured via "TurtleCam", using a GoPro strapped to a turtle's back.
Live broadcasts will also include some of the activities Watamu hast to offer: a dhow cruise, treetop yoga, kitesurfing as well as a live stand up paddleboard broadcast
Posted by Seb at 1:40 PM No comments:

According to the latest figures released by Namibia's Ministry of Environment and Tourism, the country has lost 80 rhinos to illegal poaching in 2015. Most of the animals have been poached in the Etosha National Park. Namibia has experienced a sharp increase in cases of rhino poaching over the past five years. The country lost one rhino to poaching in 2009 and 2010 respectively, two rhinos were illegally killed in 2012, four in 2013 and 25 in 2014. 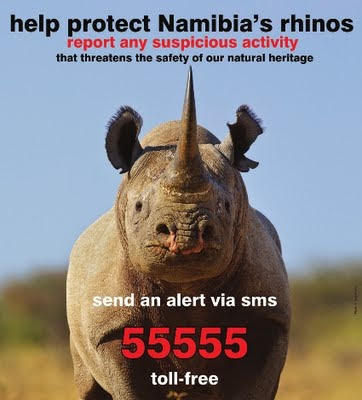 The Ministry of Environment and Tourism in Namibia offers rewards of N$60 000 for information that lead to the arrest and prosecution of rhino poachers.
Posted by Seb at 12:43 PM No comments:


online flight booking on TravelComments.com >>
Posted by Seb at 3:29 PM No comments:

According to Wild Horizons, a tourism company based in Victoria Falls (Zimbabwe), the issuance of the KAZA uni-visa has been suspended effective immediately in both Zimbabwe and Zambia. The "standard" visa are still being issued (more info > Zambia - Zimbabwe). We'll keep you posted!

Issue of the KAZA uni-visa has been suspended immediately pending further review.
Posted by Wild Horizons on Monday, 4 January 2016

Airports Company South Africa (ACSA) has published the on-time performance results of domestic airlines’ flying out of OR Tambo in Johannesburg, Cape Town International Airport, and Durban's King Shaka International Airport in December 2015.
On-Time Performance is measured by comparing the actual off-block time (when aircraft pushes back) against the airline schedule time for a departing flight. The measurement is done in accordance with the IATA (International Airlines Transport Association) universal standard benchmark with considers a 15 minute deviation from the scheduled time as an on-time departure.

online flight booking on TravelComments.com >>
Posted by Seb at 2:10 PM No comments:

The Northern Cape in South Africa has made it to a shortlist of 10 regions to visit in 2016, according to travel guide publishing company Rough Guides. The publisher names the following reasons why travellers shouldn't miss out the Northern Cape in 2016: 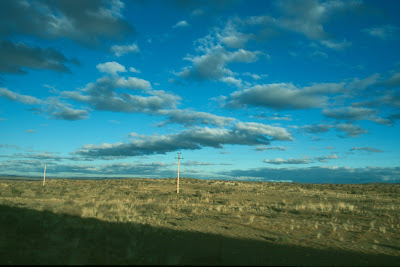