South Africa's Department of Environmental Affairs (DEA) has published the latest statistics on rhino poaching in South Africa. According to the Department, to date (29 March 2012) a total of 150 rhinos have been killed for the illegal trade in rhino horn in South Africa. The Kruger National Park has suffered the greatest losses with the poaching toll having reached 87. A total of 90 alleged poachers was arrested so far in 2012. Compared to the last stats published 10 days ago, 15 more rhinos have been illegally killed in South Africa and only one more poacher has been arrested. Shocking! 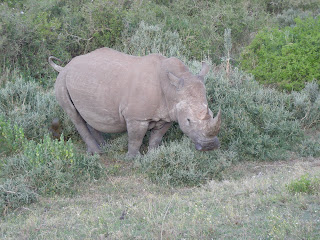