The World Wildlife Fund for Nature (WWF) has recognised Namibia for its outstanding conservation achievements. The global conservation organisation has, for the second time, honoured the country with the Gift to the Earth Award for its conservation successes. The prestigious award was received by President Hifikepunye Pohamba on behalf of Namibia during the official opening ceremony of the 10th Adventure Travel World Summit in Windhoek on 26 Oct 2013. 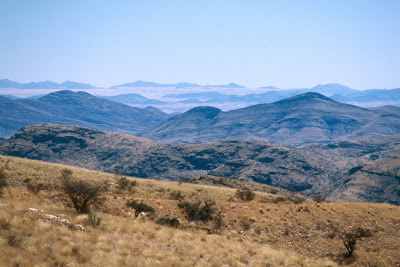 The Gift to the Earth is WWF's most prestigious Award for governments, companies or public sector institutions. More than 100 Gift to the Earth have been recognized since 1996, including more than 60 major commitments by governments throughout the world.
Posted by Seb at 3:16 PM