The Marakele National Park in Limpopo used to be home to the famous Big Five, but due to a disease called Theileriosis all buffalos in the Park had to be removed in 2009. About two years later, in 2011, a herd of 15 sentinel bulls got reintroduced to initiate a test to determine the disease prevalence in the area. These bulls were tested again in April 2013 and confirmed to be negative for Theileriosis, so that the quarantine status on the Marakele National Park got fully lifted. Another six month later, on 15 October 2013, South African National Parks (SANParks) re-introduced a herd of 20 disease free buffalo (nine cows and eleven bulls) into Marakele National Park, so that the Parks in now home to the Big Five again. 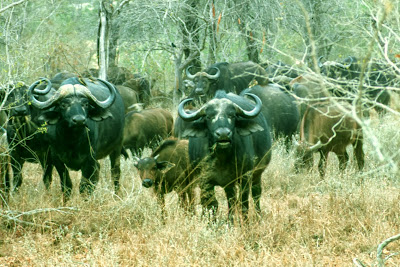