Kruger National Park just got new speed cameras - right in time for the upcoming 2010 festive season. The new cams do not only record the speed of several oncoming vehicles at the same time but are able to identify vehicles that are exceeding the speed limits. The cameras also take live video footages which Kruger National Park traffic officers can replay to individuals who express doubt when they are caught speeding. 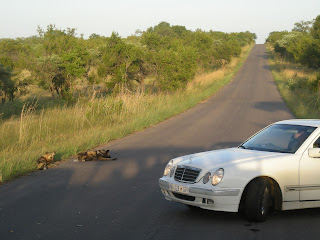 During the 2010 December festive season (with effect from Friday, 10 December 2010), the Kruger National Park law enforcement officers will conduct roadblocks at strategic places all over the park. General patrolling, visibility on the vulnerable areas such as receptions and bank/auto tellers at rest camps, will also form part of this campaign. There will also be strict spot checks at the entrance gates with emphasis on adherence to permit requirements; security personnel have also been tasked to be on the look-out for suspicious persons and vehicles during this busy period. [src.]