The City of Cape Town will implement a new liquor by-law that regulates alcohol trading hours as of midnight 31 December.
The by-law will regulate the trading hours of licensed businesses and was approved by the city council on July 28 earlier this year. 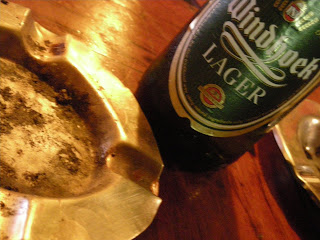 The City's chairperson of the Liquor Policy Task Team, councillor Taki Amira, said: "This means that bars and clubs in business areas will have to close by 2am on 1 January 2011.
Those watering holes in or close to residential areas, which currently enjoy late trading hours, will have to abide by the new legislation and close by 11pm.
Earlier this month, Council approved final amendments to the by-law allowing hotels to open bar facilities until 2am, including the provision of champagne breakfasts.
Wineries on wine estates will be allowed to trade from 11am to midnight and to trade 'off consumption' from 9am to 6pm seven days a week.
"The City's liquor trading by-law was formulated after a two-year public participation process involving key role players, including the hospitality industry, health researchers and members of the public," Amira said.
The new municipal legislation is guided by the Western Cape Liquor Act of 2009, which was passed last week. The City's by-law follows the same trading hours as those prescribed in the Bill.
Alcohol may be sold from 11am to 2am the following morning for 'on consumption' premises, and from 9am to 6pm for 'off consumption' premises, seven days a week.
The former 'on consumption' hours were from10am to 2am the following morning, with a possible extension to 4am, and from 8am to 8pm for 'off consumption'.
From 1 January 2011, these hours will no longer apply, irrespective of existing licensed hours.
"The City is a large metropolis, with over 3.6 million residents from widely divergent social environments. We have a responsibility to treat all citizens equally and in every way possible help fight the scourge of alcohol abuse," said Amira.
He added that this was an alignment of provincial and municipal legislation and it would help create a safer and healthier environment for all the residents of Cape Town. [src. BuaNews]