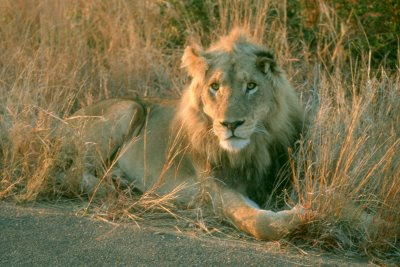 
online flight booking on TravelComments.com >>
Posted by Seb at 11:37 AM No comments:

According to Oscar Nkala, a guest blogger on National Geographic's "A Voice for Elephants", Zimbabwe lost eight rhinos to poaching in 2015. During 2014, a total of six rhinos were killed by poachers, 20 rhinos in 2013 and 66 rhinos in 2012. Zimbabwe is home to Africa's fourth largest rhino population, estimated at 766 in 2014, after South Africa, Kenya and Namibia. 90% of the country’s rhinos have been removed from high-risk poaching areas to Intensive Conservation Zones (essentially protected breeding areas in selected game reserves). These protected breeding areas are in Matobo, Bubye Valley, Save Valley, Hwange (Sinamatella Camp), Sebakwe, Chivero, Malilangwe and Imire Conservancy. 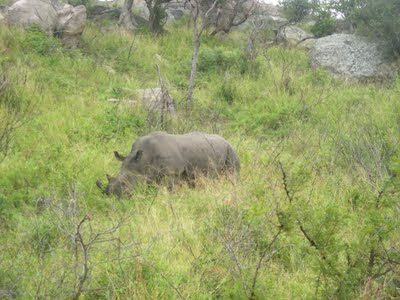 Mozambique: The Tunduru Botanical Gardens in Maputo has been re-opened to the public!

The Tunduru Botanical Gardens in Mozambique's capital Maputo has been re-opened after more than two years of rehabilitation. Work at the gardens included rehabilitation of the old greenhouse and the construction of a new one, improving the public benches, the paths and the fencing as well as installing a new sanitation and irrigation system. The rehabilitation work began in October 2013 and was scheduled to be finished in 2014. Various delays led to an overrun of 14 months. The total costs of the project is 170 million meticais (USD 3.7 million).

The Tunduru Botanical Gardens, which is located in downtown Maputo, is a public park and garden. It was designed in 1885 by Thomas Honney, who in his career also designed gardens for the King of Greece and the Sultan of Turkey.
Posted by Seb at 1:00 PM No comments:

The four Vlogateers Tom, Will, Jack and Harvey recently took one of TAZARA's passenger trains to get from Dar Es Salaam in Tanzania to New Kapiri Mposhi in Zambia's Central Province*. While on the train, the four filmed a super handy FAQ video about the Tanzania-Zambia Railway Authority (TAZARA). Watch and get to know what the two to four day journey is like, how to book tickets for TAZARA, what to bring (toilet paper!), how you get your visa, where to change shilling into kwacha and many more useful information. Kudos Tom, Will, Jack & Harvey!

*There are various buses and taxis connecting New Kapiri Mposhi with Lusaka. The journey to Zambia's capital will take 3-5hrs (approx. 200km).
Posted by Seb at 1:32 PM No comments: 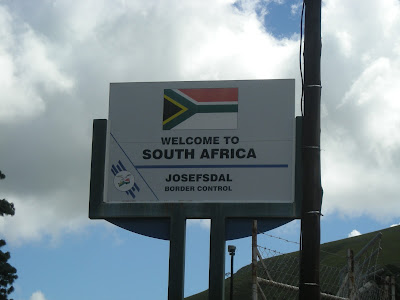 
online flight booking on TravelComments.com >>
Posted by Seb at 11:04 AM No comments:

The flag carrier and largest airline of Spain, Iberia, returns to South Africa. The airline will resume its service between Adolfo Suárez Madrid–Barajas Airport (MAD) in Madrid and OR Tambo International Airport (JNB) in Johannesburg on 01 02 August 2016. Iberia will operate three weekly flights between the two destinations on board an Airbus A330-300 aircraft.


online flight booking on TravelComments.com >>
Posted by Seb at 12:40 PM No comments:

Cape Town's famous Chapman's Peak Drive remains closed to cyclists and pedestrians. According to the Western Cape Department of Transport and Public Works, the road is not yet safe for cyclists & pedestrians. Although repair work on the catch fences above Chapman's Peak Drive that were severely damaged during the fires of March 2015 has been completed, significant numbers of rocks about the size of a human fist continue to roll down onto the road. These pose a serious hazard to cyclists and pedestrians because of the height from which these projectiles fall off the mountain. Once the normal vegetation cover, which holds the soil together and reduces the risk of smaller rocks rolling down the slope, is fully recovered from the fire, cyclists or pedestrians will be permitted on Chapman's Peak Drive again. The Western Cape Department of Transport and Public Works will review the situation again in 2016. On the good side, Chapman's Peak Drive will be open to two-way motor vehicle traffic during the December holiday period.

Chapman's Peak Drive is a scenic 9 kilometres route between Noordhoek and Hout Bay along the western flank of the Chapman's Peak, a mountain on the western side of the Cape Peninsula, located about 15 kilometres south of Cape Town.
Posted by Seb at 5:30 PM No comments:

The management of the Kruger National Park has introduced a new system to streamline day visitor arrivals at the gates during busy periods.
Pre-booked day visitors must ensure that they arrive within the time slots, as per their reservation. Arriving outside the booked time slot, will be regarded as non-booked and therefore not preferential. Visitors who made reservations prior to this new system have been allocated to Time slot 1. These bookings can be changed through SANParks Reservations offices.

Visitors should also take note of the following important information:

The long-awaited Oshakati Open Market in Oshakati, which was initially planned to open in June 2014, will soon be inaugurated. According to media reports in Namibia, the Oshakati's town council plans open the new venue "shortly after the elections" (27 Nov 2015). The new Oshakati Open Market will house retail stalls, a public meeting hall, an administrative office, an information kiosk, public toilets, a children's playground, a seasonal food market, cold storage facilities, a craft market, a braai and raw meat market, a 37 metre (12 floor) high observation tower and a bus terminal. A total of 600 vendors can be accommodated in the market. The new bus terminal will be the only official bus stop in Oshakati; buses will not be allowed to operate from other places in town.

Tanzania-based low cost-airline Fastjet is set to become the operator of the world's shortest (in terms of flying distance) scheduled service with an aircraft of the Airbus A320 family. The airline will launch flights between Julius Nyerere International Airport (DAR) in Dar es Salaam and Abeid Amani Karume International Airport (ZNZ) on Zanzibar on 11 January 2016. Both airports are located only 74.2km from each other. Fastjet will initially be operating 12 weekly flights between Dar es Salaam and Zanzibar and plans to increase the service to 14 flights per week from 21 March 2016.
Previously the world's shortest (in terms of flying distance) scheduled service by the A320 family was TAM Airlines’ service between São Paulo–Guarulhos International Airport and Viracopos/Campinas International Airport. The distance between the two airports in Brasil is 80.6km.


online flight booking on TravelComments.com >>
Posted by Seb at 11:58 AM No comments:


online flight booking on TravelComments.com >>
Posted by Seb at 4:35 PM No comments:

Airports Company South Africa (ACSA) has published the on-time performance results of domestic airlines’ flying out of OR Tambo in Johannesburg, Cape Town International Airport, and Durban's King Shaka International Airport in November 2015.
On-Time Performance is measured by comparing the actual off-block time (when aircraft pushes back) against the airline schedule time for a departing flight. The measurement is done in accordance with the IATA (International Airlines Transport Association) universal standard benchmark with considers a 15 minute deviation from the scheduled time as an on-time departure.

online flight booking on TravelComments.com >>
Posted by Seb at 5:13 PM No comments:

Fair Trade Tourism (FTT), a South African NGO that encourages and monitors fair and responsible practises in tourism establishments and activities, has added the Montagu Country Hotel in Montagu to the family of FTT-certified businesses.
The hotel has been investing in energy saving initiatives like solar, low-energy lighting, compost-making with biodegradable waste and water-saving initiatives. It is also active in the local community, providing soup for the village soup kitchen, working closely with a hospice and the local Rotary branch which both use the hotel for meetings. The Montagu Country Hotel also supports various schools, charities and churches in the area and ensures that its procurement is kept local, as far as possible, especially where meat and fresh produce is concerned. Most of the hotel's staff come from Montagu and the various villages and communities which surround it.
The town of Montagu is located near the picturesque Robertson Wine Valley on the famed Route 62 about 180km from Cape Town in the western Little Karoo.
Posted by Seb at 11:21 AM No comments: 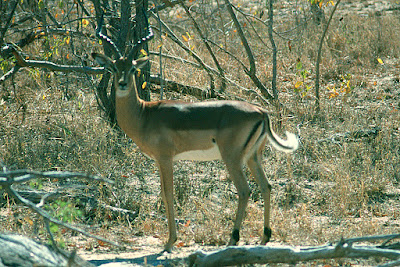 Travel Video: "for that moment in South Africa"

Marko Roth, a 21 year old freelance filmmaker, student and self-proclaimed media addict from Frankfurt in Germany, recently spend two weeks in South Africa. While travelling the country, he shot the outstanding travel video "for that moment in South Africa".


for that moment in South Africa. from Marko Roth on Vimeo.

The short film is by far one of the best on its kind I've seen in a while. What I really dig about "for that moment in South Africa" is that it is not only a great piece of (travel)-filmmaking, but also an attempt to understand and explain why we all actually love to travel. Kudos Marko & team!
Posted by Seb at 3:30 PM No comments:

According to the chairman of Mozambique's state airport management company (Aeroportos de Moçambique/ AdM), Emanuel Chaves, Nacala (International) Airport (MNC) in the country's north is expected to receive its certification to operate as an international airport in December 2015. International airlines operating to Mozambique are expected to start using the airport between March and April 2016. As of now, Mozambican airline LAM is the only airline operating flights to and from Nacala Airport.

Nacala International Airport (MNC), which is located near Nacala in the Nampula Province in Northern Mozambique, has capacity to serve 500,000 passengers and receive 5,000 tons of cargo per year, opened in December 2014. The facilities at the Airport cover an area of 30,000m², including a passenger terminal area of 15,000m² and a control tower. The 3,100-metre runway allows large aircraft, such as the Boeing 747, to use the facility.


online flight booking on TravelComments.com >>
Posted by Seb at 4:46 PM No comments:

online flight booking on TravelComments.com >>
Posted by Seb at 12:53 PM No comments:

According to Namibia's Ministry of Environment and Tourism, the country has lost 79 rhinos to poaching so far in 2015. Of the 79 rhinos, most rhinos were poached in Etosha National Park. Some of the carcasses found in the National Park may actually be old and could therefore be the remains of animals that were killed before the start of 2015. The Ministry of Environment and Tourism offers rewards of N$60 000 for information that lead to the arrest and prosecution of rhino poachers. 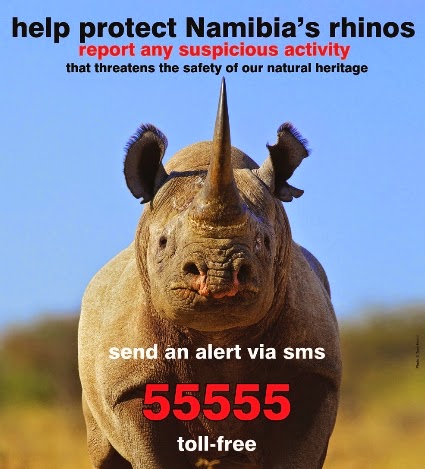 Namibia has experienced a sharp increase in cases of rhino poaching over the past five years. Namibia lost one rhino to poaching in 2009 and 2010 respectively, two rhinos were illegally killed in 2012, four in 2013 and 25 in 2014.
Posted by Seb at 1:08 PM No comments:

Europe's largest airline group, Air France–KLM, has announced that KLM Royal Dutch Airlines (KLM) will increase its direct service between Amsterdam Airport Schiphol (AMS) in Amsterdam and Cape Town International Airport (CPT) in Cape Town to daily in May 2016. The airline will operate the new Boeing 787-9 Dreamliner to connect the two destinations.
Air France–KLM (Air France and KLM) carry more than 77 million passengers per year. They operate 573 aircraft enabling them to fly to 243 destinations in 103 countries.


online flight booking on TravelComments.com >>
Posted by Seb at 2:57 PM No comments:

British airline Thomas Cook Airlines has announced that it will launch direct flights between Gatwick Airport (LDW) in London and Cape Town International Airport (CPT) in Cape Town as part of its (Northern) winter schedule (15 December 2016 to 20 March 2017). The airline will operate three weekly flights on Sundays, Mondays and Thursdays on board its refurbished Airbus A330 fleet between the two destinations. The flights will be the first direct flights to Cape Town from a UK airport other than Heathrow Airport (LHR) in London.


online flight booking on TravelComments.com >>
Posted by Seb at 10:43 AM No comments:

Airports Company South Africa (ACSA) has published the on-time performance results of domestic airlines’ flying out of OR Tambo in Johannesburg, Cape Town International Airport, and Durban's King Shaka International Airport in October 2015.
On-Time Performance is measured by comparing the actual off-block time (when aircraft pushes back) against the airline schedule time for a departing flight. The measurement is done in accordance with the IATA (International Airlines Transport Association) universal standard benchmark with considers a 15 minute deviation from the scheduled time as an on-time departure.

online flight booking on TravelComments.com >>
Posted by Seb at 11:24 AM No comments: