According to the latest statistics released by South African National Parks (SANParks), South Africa has lost 373 rhinos to illegal poaching since the beginning of 2012.
Kruger National Park remains the hardest hit by poachers, having lost 229 rhinos since the beginning of this year. Limpopo has lost 43 rhinos to illegal poaching; the North West province has lost 40 and  KwaZulu-Natal 34 rhinos.
The number of individuals arrested in connection with rhino poaching is 199. Of those arrested, 176 are at the level of poacher, 10 are receivers and 13 are couriers. 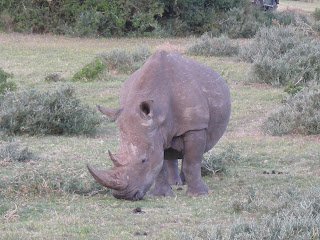