Namibia's Ministry of Environment, Forestry and Tourism (MET) has released the rhino and elephant poaching numbers for 2020. According to Romeo Muyunda, Chief Public Relations Officer at the MET, a total of 30 rhinos and eleven elephants got illegally killed by poachers in Namibia in 2020, compared to compared to 50 (54?) rhinos and 13 (12?) elephants that lost their lives to poaching activities during 2019.
Namibia is home to a third of the entire remaining population of back rhino on the planet and the second largest white rhino population in the world after South Africa. The country also has the largest population of black rhinos in protected areas and the largest free roaming black rhino population in the world. 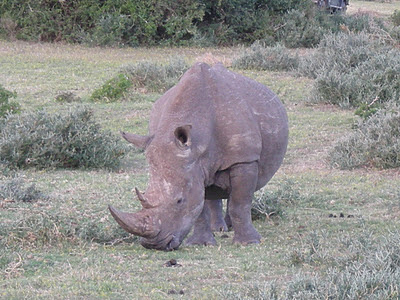 Namibia has increased fines for poaching to N$25 million from N$200,000 and prison sentences have risen to 25 years from 20.