Kruger Park booked out for 2010

South Africa's world-famous Kruger National Park is fully booked for the duration of the 2010 Fifa World Cup. All accommodation in the main camps was snapped up a mere two hours after the reservations office opened on 1 July.

South African National Parks (SANParks) reports that even though booking for July had opened a month earlier than usual, visitors were alert to the fact and wasted no time.
Normally booking opens 11 months in advance for one month at a time, but with the World Cup on the horizon SANParks decided to give their visitors the chance to book for both June and July simultaneously. 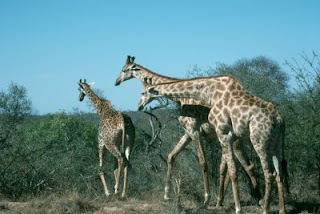 This was a one-off scheme. Reservations for August 2010 will revert to the usual procedure.
The national parks authority also noted that accommodation for the same period in its other parks around the country was filling up rapidly.
Many parks, such as the Golden Gate Highlands National Park in the Free State's Maluti Mountains and the Kgalagadi Transfrontier Park which sits on the South Africa-Botswana border, are particularly popular as winter getaways.

SANParks has partnered with Fifa-appointed professional hospitality company Match to manage accommodation in the Kruger and other parks.
The Kruger Park's closest major city, Nelspruit, is a 2010 venue, with the city's Mbombela Stadium scheduled for completion in October 2009.
The Skukuza, Berg en Dal and Pretoriuskop camps in the southern Kruger Park have been reserved solely for 2010 visitors through the Match affiliation. This equates to 30% of the park's total accommodation capacity.
These and other camps in the park's southern bounds are now fully booked, but there is still limited availability in certain camps in the far north.
A recent report from SANParks reveals that as many as 15 000 new people could be introduced to conservation areas during the World Cup. This is viewed as an outstanding marketing opportunity, as people will share their experiences and word of mouth is a powerful way of spreading the message.
Besides the Kruger Park, SANParks and Match have agreed to the 30% deal for 11 other national parks. These are the Kgalagadi Transfrontier Park, Augrabies Falls National Park, Golden Gate Highlands National Park, Tsitsikamma National Park, Addo Elephant National Park, Mapungubwe National Park, Mokala National Park, Mountain Zebra National Park, Bontebok National Park, Karoo National Park and Wilderness National Park.
Available accommodation in these parks is also disappearing fast. Kgalagadi's main camps are said to be fully booked and the smaller camps are almost full. The same can be said of the Addo Elephant National Park in the Eastern Cape.
Visitors who would like to spend some time in these magnificent wild areas of South Africa during the World Cup are encouraged to visit the SANParks website without delay.

The Kruger National Park accommodates every taste, from those who prefer to rough it in tents, to lodges of unrivalled luxury. There are 21 rest camps to choose from, several of which have satellite camps. A number of private lodges also operate within the park.
SANParks tourism and marketing director Glenn Phillips said that although a rush had been expected, the Kruger Park's main camps were fully booked before they even noticed, as staff were kept busy handling the roughly 5 000 calls and 500 emails that poured in.
The winter school holidays also fall within the mid-year period. Next year the holidays run from June 9 to July 13 and have been extended by about a week to cover the entire period of the World Cup.
"We value our local visitors and even though we will be accommodating the soccer tourists next year, we are glad to also be able to provide for our local clients during the school holiday next year," said Phillips, adding that he was glad to see South Africans booking their 2010 holiday accommodation in good time.

The Kruger Park is one of South Africa's most important tourism drawcards. The country's biggest game reserve covers almost 20 000km2, or an area a little bigger than that of the entire nation of Israel.
It is a part of the Great Limpopo Transfrontier Park, a peace park that spans the Kruger Park, Zimbabwe's Gonarezhou National Park, and the Limpopo National Park in Mozambique.
It is also a part of one of South Africa's six biosphere reserves. In September 2001 the Kruger to Canyons was designated by the United Nations Education and Scientific Organisation as an International Man and Biosphere Reserve.
An abundance of birds, reptiles, animals and plants thrives in the park's six eco-systems. There is something of interest for every nature lover - about 1 980 species of plants, 336 species of tree, 49 fish, 34 amphibians, 517 birds, 147 mammals, and 114 species of reptile, including 3 000 crocodiles, are found here.
For wildlife enthusiasts who cannot make it in person, a number of webcams have been set up around the park for convenient armchair game viewing.
However, the spectacular wildlife is not the only reason to visit the Kruger Park. Within its borders are over 255 historical and cultural sites, with more yet to be explored. Some of these sites date back to the early Stone Age and are over a million years old. There are also several Iron Age settlements, and a number of spiritually significant sites too.
Three historical sites are currently open to the public. They are the ruins of the 19th century Albasini trading post, and the late Iron Age Masorini and Thulamela settlements.

----
The original article by Janine Erasmus was first published on www.mediaclubsouthafrica.com