A first family of four lions - an adult female and three sub-adult offspring (a male and two females) - were recently released to the uMkhuze section of the iSimangaliso Wetland Park in KwaZulu Natal after a 44-year absence. The four are the first of a total of eight planned for this section of the park. The lions were translocated from Tembe Elephant Park in northern KwaZulu Natal and had spent five weeks in a purpose-built boma to acclimatise them to their new environment before being released. Two more females and a coalition of two males (brothers) will follow to form the base of the new iSimangaliso lion population. 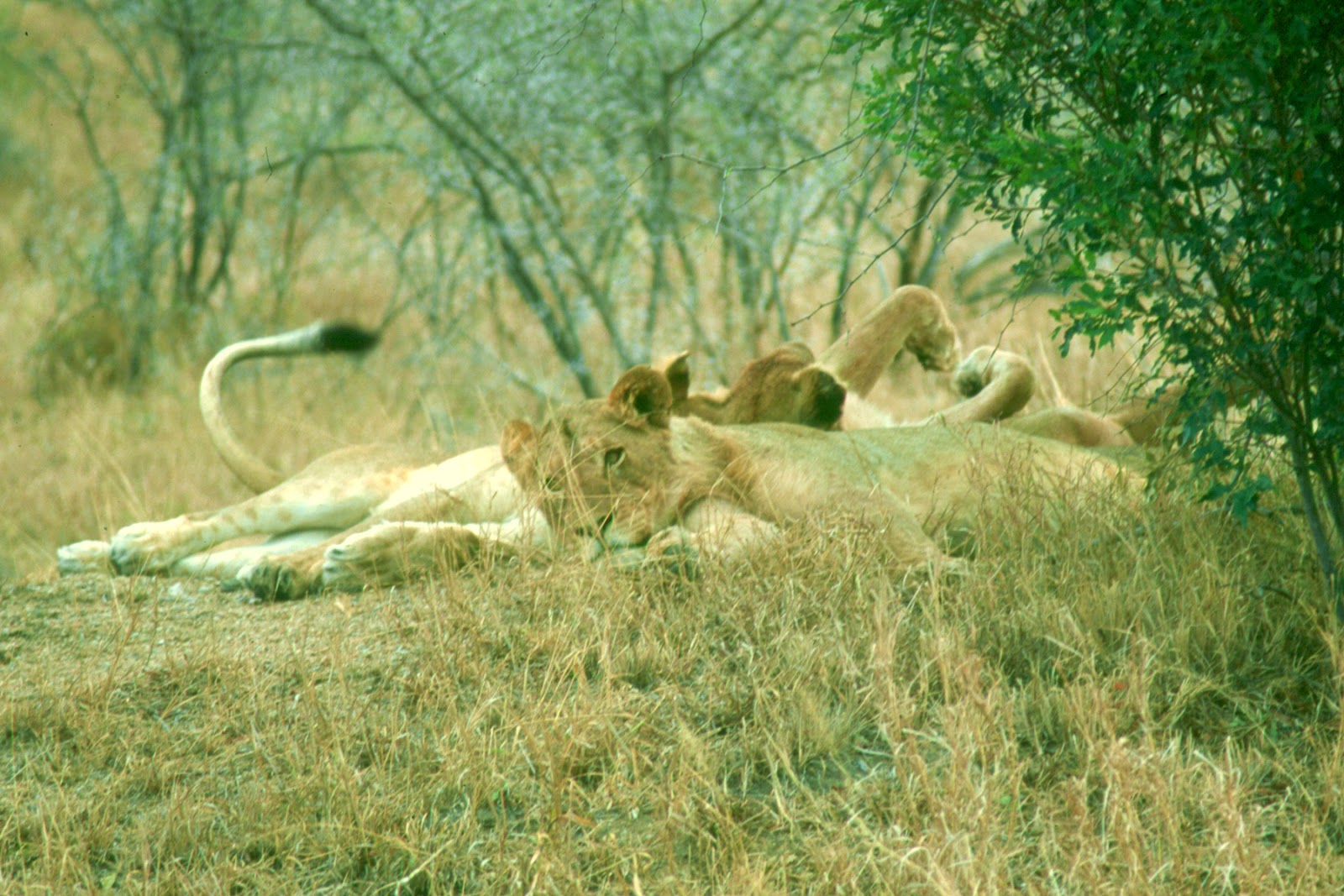 The addition of lions gives the iSimangaliso Wetland Park the Big 7 status because it is now home to the Big 5 (lion, elephant, Cape buffalo, leopard, rhino) as well as whales and sharks in the marine section.
Posted by Seb at 10:20 AM