Zambia to lift ban on hunting leopards and lions!

Zambia is set to lift a 2013 ban on the hunting of wild lions and leopards in order to raise funds after it established that the population of the big cats in the country was higher than previously thought. According to Zambia's Minister of Tourism and Arts, Jean Kapata, leopard hunting resumes in the 2015/16 season (which begins in July 2015), while the lion huning will only resume in the 2016-17 hunting season. 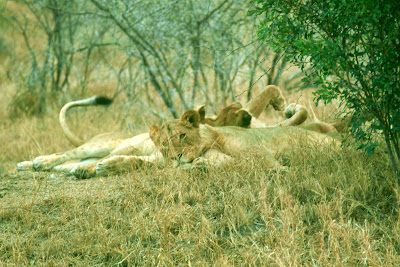 Zambia in 2013 banned the hunting of lions and leopards, saying that the country is seeing more value in game viewing tourism than in trophy hunting and that big cat numbers in the country are too low to have a sustainable hunting industry.
According to a recent aerial survey done by the Ministry of Tourism and Arts, Zambia is currently home to an established number of 4,000 lions and to more than 8,000 leopards.


Zambia bans hunting of lions and leopards >>
Posted by Seb at 4:09 PM