Botswana to ban hunting of wildlife from 2014

update (15 Aug 2013): Botswana's Minister of Environment, Wildlife and Tourism, Tshekedi Khama, confirmed that from 01 January 2014 no quotas, licences or permits will be issued for hunting of Part 1 and Part 2 schedule animals as listed in the country's Wildlife Conservation and National Parks Act. Licences will continue to be issued for birds listed in Part 3 of the same law subject to conditions to be determined by the Department of Wildlife and National Parks. Hunting in registered game ranches will not be affected by the ban.

Good news for Botswana's wildlife! The government of the southern African country has decided to "indefinitely suspend commercial hunting of wildlife in public or controlled hunting areas" from 01 January 2014 because of a decline in animal populations. According to a statement issued by the country's environment ministry, hunting is no longer considered as "compatible with either our national commitment to conserve and preserve local fauna or the long term growth of the local tourism industry". 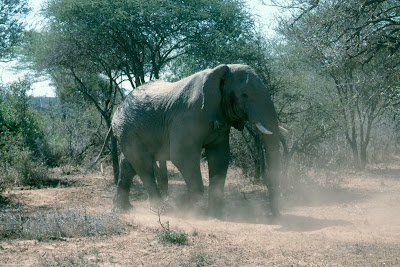 Hunting concessions currently exist for the Okavango Delta and the Central Kalahari Game Reserve. The ban of hunting in Botswana will not affect issuing of special game licences for traditional hunting by some local communities within designated wildlife management areas.
Posted by Seb at 3:52 PM