South Africa's Department of Environment, Forestry and Fisheries has released the rhino poaching figures for the first six month of 2022. A total of 259 rhino have been poached for their horn in South Africa between January and June 2022. The number of rhino poached during this period is 10 more than the 249 poached countrywide in the first six months of 2021. From January to end of June 2022, 82 rhino were poached for their horns in the Kruger National Park. 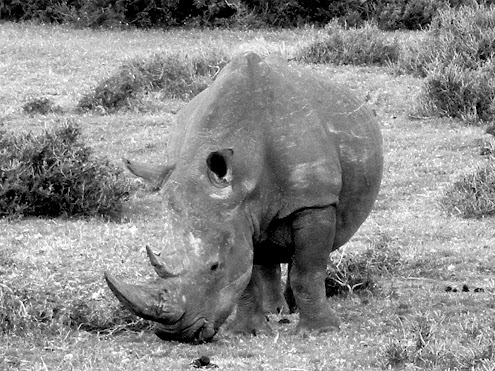 The current poaching numbers show a loss of 210 rhino on state properties and 49 in privately-owned parks. Hardest hit during this period is KwaZulu-Natal which recorded a loss of 133 rhino. This is more than triple the 33 rhino killed in the first six months of 2021.
Between January and June 2022, 69 people were arrested in connection with rhino poaching and rhino horn trafficking.  Of these, 13 alleged poachers were arrested in the Kruger National Park.
Posted by Seb at 3:17 PM