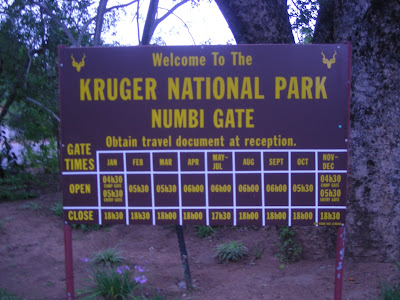 Late arrivals are only allowed in cases of emergency (proof and valid reason required) until 21:00 for guests with pre-booked accommodation at certain camps within 10km distance from the relevant gate. An extra late arrival fee will be charged which is payable at the gate. No late arrivals are allowed at Pafuri, Phalaborwa or Phabeni Gates or any other gates for camps more than 10km away. The late arrival fee for Skukuza camp is R500.
Posted by Seb at 4:19 PM