Two lionesses have been introduced to South Africa's Mountain Zebra National Park. The two sisters were brought into the National Park, which is situated just outside Cradock in the Eastern Cape, from the Kwandwe Private Game Reserve near Grahamstown. One of the lionesses is fitted with a satellite tracking collar, as they will most likely move together while exploring the Mountain Zebra National Park. The collar will allow park management to monitor them so that rangers and researchers can observe what habitats they use, their proximity to the males and other predators and which species they prey on. The two lionesses are about two years old and are now sharing Mountain Zebra's 28 000 hectares with the two five-year-old male lions. The males were introduced into the National Park in April 2013 – becoming the first free-roaming lions in the area after an absence of over 130 years. 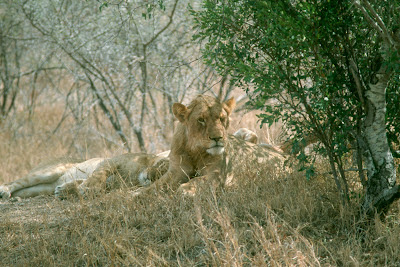