Did you know... elephants are right- or left-tusked 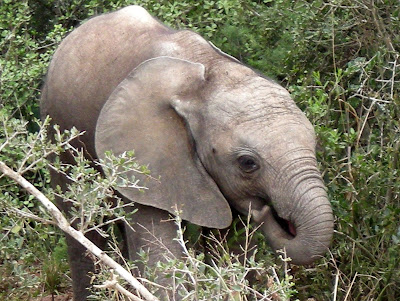 The tusks are used to dig for water and roots, to debark trees, to move trees and branches when clearing a path, as well as to mark trees to establish their territory and occasionally as a weapon.
The tusks of of both male and female elephants are acutally growing continously - up to 18cm per year. They can reach over 3m in length and weigh over 90kg. Males have usually larger tusks compared to the females who have small tusks, or no tusks at all.