Zimbabwe: First Low Cost Airline to be launched in September

UPDATE: according to TravelInfo.co.za no application had been received from the airline (Fly Kumba) to operate flights into South Africa. (13 Nov)
UPDATE:
Fly Kumba will be launched in Harare this Friday with its maiden flight to Johannesburg, South Africa, scheduled for the second week of December. (10 Nov) 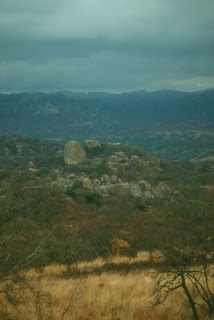 According to several newspaper reports Fly Kumba is scheduled to begin operations in September, and will fly both domestic and regional routes.
Due to the fact that around three million Zimbabweans estimated to be living and working in South Africa, the main route for the airline will be Harare <> Johannesburg. Flights on other routes such as Harare <> Bulawayo, Harare <> Vic Falls, Johannesburg <> Vic Falls and Harare <> Kariba will also be introduced.

Fly Kumba Chief Executive Officer, Lloyd Muchaka said the airline's vision and mission was centered around ensuring that flying is affordable to everyone.
“We intend to become Zimbabwe's preferred low-cost airline, delivering the lowest air fares with the highest consumer value add offering world class service to price sensitive consumers…Fly Kumba intends to fulfill everyone's dream of flying based on a fare of below US$ 80, departure tax included in this price for a flight from Harare to Johannesburg,” said Muchaka in an interview.